After I worked at home, I cooked a part of dinner. 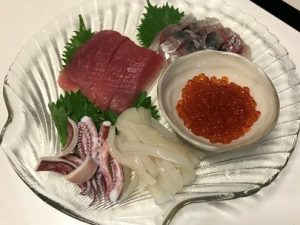 Because I need not a commuting, I have the time to cook. 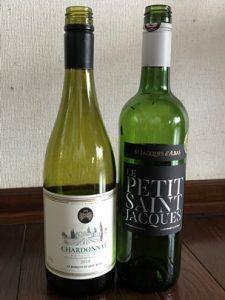 Today, I want her to say " After all, Marquis de Beau Rand is tasty!"

Then I opened this one.

But she looked angry. She didn't drink this one and drank water.

We were in a foul mood.

Obviously, that is like throwing gasoline on a fire.

Then I opened this Minervois rouge.

It is made from Cabernet Sauvignon and Syrah grown by Method Cuisinier, which is a kind of organic method.

At first, I was concerned that this red wine was too much heavy for daimajo-sama.

But she stopped drinking water and started tasting this one tamely.

It is a full-bodied style red wine but also has very good elegance of Minervois.

We solved a bad mood before it became serious.